Presently, the double-flow bipolar resectoscope is still considered the gold standard technique to perform major hysteroscopic operations. Since 2009 We have proposed an alternative approach to operative hysteroscopy called Intrauterine Bigatti Shaver (IBS®) that, by removing the tissue chips at the same time as their resection, improves visualization during the procedure, reducing several problems of conventional resectoscopy such as fluid overload, water intoxication, uterine perforation, and long surgeon’s learning curve. In this video we have performed with the IBS®, an Hysteroscopic myomectomy of a 3 cm G2 Submucous myoma of the isthmic portion of the postero – lateral wall of the uterus. The patient has been treated with two Ulipristal Acetate cycles of 3 months each preoperatively. The most interesting part of the video is the beginning, where the surgeon has to search for the myoma, which is almost completely intramural. Once found the myoma, it is completely removed from its fovea without touching the remaining healthy endometrium. The total resection time has been 40 minutes, which is still too long for this procedure. Unfortunately Ulipristal Acetate has not changed the tenderness of the myoma. A low consistency of the fibroid would allow a faster removal of the myoma with the shaver technique. Despite the procedure has been time consuming the quality of the result is impressive. After complete removal of the myoma a bipolar prop coagulation has been applied. The final frame shows the fovea where the myoma was located. The total amount of fluid used has been 10 litres of normal saline with a fluid deficit of 2 litres. The patient has been discharged the same day of the operation. A future improvement of the technique will permit the myoma removal in a faster and safer way. 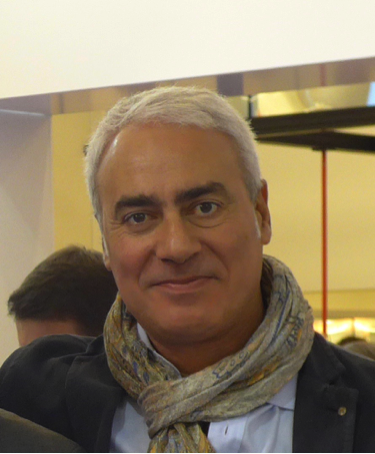